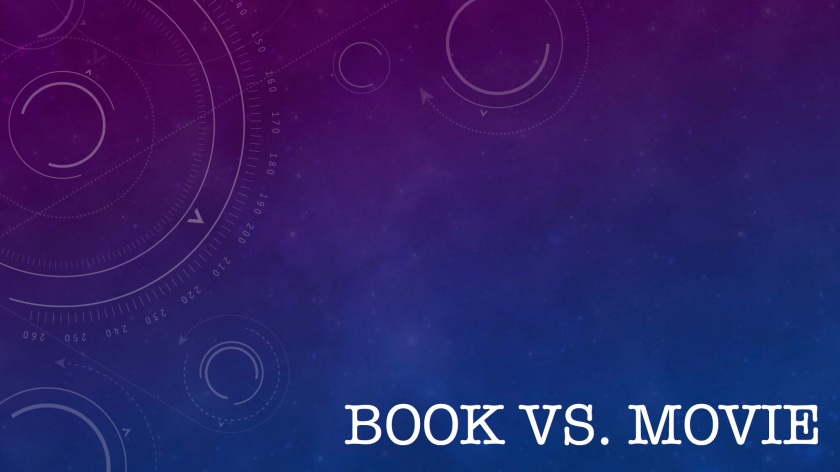 I already wrote a long blog post on my views on the book so I won’t reiterate them here. Long story short, I thought the book was very long winded and just mediocre. (I gave it 3 stars and I think that was very liberal).

The movie on the other hand I quite enjoyed.

The book and movie followed each other pretty much until Elizabeth goes to Rosings. After that the book follows the same timeline as PP and the movie goes in a completely different direction with snippets of the original throughout. One similarity in the book and movie, that I wish was fixed in the movie, was the awkward dialogue. In the book there was many awkward conversations just randomly placed in the story. In the movie, the really big one I noticed was after the fight scene at the first ball when Darcy was speaking to Bingley about Elizabeth. It just felt very stalkerish and out of place. At least for the movie, I wasn’t constantly checking the time to see when it will be over.

I could go on and on, but there is no fun in that. I suggest save yourself some time and just watch the movie instead of reading the book. I hardly ever make that recommendation, and whereas the movie wasn’t great, it was 10 times better than the book.

Have you read and/or watched the movie? What did you think? 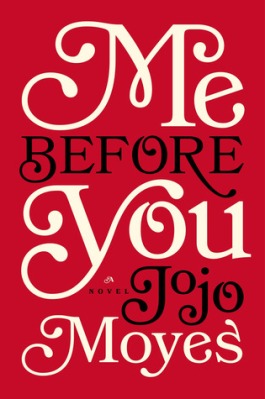 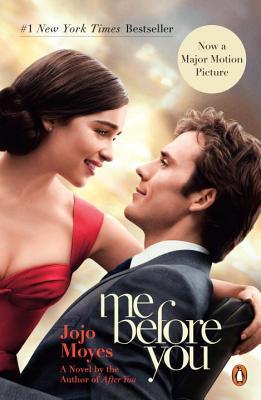 Me Before You by Jojo Moyes

Left is the original cover and the right is the movie adaptation, that was released April 26, 2016. As much as I love original covers, I bought the new one because it was cheaper.

They had nothing in common until love gave them everything to lose . . .

Louisa Clark is an ordinary girl living an exceedingly ordinary life—steady boyfriend, close family—who has barely been farther afield than their tiny village. She takes a badly needed job working for ex–Master of the Universe Will Traynor, who is wheelchair bound after an accident. Will has always lived a huge life—big deals, extreme sports, worldwide travel—and now he’s pretty sure he cannot live the way he is.

Will is acerbic, moody, bossy—but Lou refuses to treat him with kid gloves, and soon his happiness means more to her than she expected. When she learns that Will has shocking plans of his own, she sets out to show him that life is still worth living.

A Love Story for this generation, Me Before You brings to life two people who couldn’t have less in common—a heartbreakingly romantic novel that asks, What do you do when making the person you love happy also means breaking your own heart?

Everyone on Goodreads seems to fairly enjoy this book, and giving it high praises. Well it currently does have a 4.31 rating, but I didn’t like it that much. I thought where the premise was interesting, the book moved at a very slow pace. Honestly, the only reason I bought and read the book was because the movie was coming out. Left to my own devices, I most likely would not have read this book. While it was good, it just wasn’t that enjoyable to me.

Louisa, I thought was a great character. I didn’t like the fact that she was constantly laughed at and called stupid multiple times. She was fairly looked down upon by her family, boyfriend, and employers for the most part. It wasn’t until she gained confidence in herself that she finally started to stand up for herself. I won’t go into the fact that the only reason she even started changing her life was because of Will and he basically told her to.

Another aspect that  I did not like about the book was the switching of narrators. For about 85% of the book, we get just Lou’s narration, and then all of a sudden we start getting chapters from other characters. This did not help the other characters out in the slightest. I already didn’t like Treena, and after her chapter I disliked her even more. Her chapter showed just how shallow and self obsessed about herself she is, even though she has a son and uses him to get what she wants. It also started to confuse me on who was speaking during that chapter. I kept thinking it was Lou only to remember that it was Treena’s chapter. oy vey.