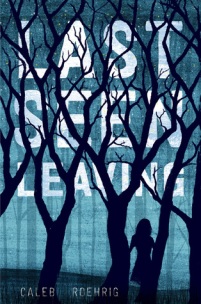 Format: eArc provided by NetGalley in exchange for an honest review

Flynn’s girlfriend has disappeared. How can he uncover her secrets without revealing his own?

Flynn’s girlfriend, January, is missing. The cops are asking questions he can’t answer, and her friends are telling stories that don’t add up. All eyes are on Flynn—as January’s boyfriend, he must know something.

I really enjoyed this book! It had me on the edge of my seat for most of the mystery. This book was really two in one, first it was the mystery of the disappearance of January and the second part is about Flynn’s acceptance of who he really is.

For most of the book, I thought I knew for sure who killed January, but as the mystery kept unraveling I was proved wrong again and again. I was not expecting the ending to the mystery, and these are the types of books that I really enjoy. It isn’t fun if you can guess the whole plot within the first few chapters, and this one kept you guessing all the way to the end.

When Flynn isn’t trying to be a detective, he is trying to come to grips with his reality and who he is as a person. He has this secret that he kept hidden for most of his life and all of a sudden he just blurts it out when being interrogated and doesn’t know how to proceed from there. His struggle and confusion was very relatable to teens or adults who will/are/did go through the same ordeal. I thought Roehrig handled it very well, and I could see Flynn growing as a character. By the end, Flynn accepted who he is and started leading a much more happier life which was a stark contrast to how he was in the beginning of the book.

If you love mysteries and a character that goes through a tremendous growth by the end, then this book is for you!